LONGi released its 2018 annual report and first quarterly results. The report shows LONGi's operation revenue in 2018 was ¥21.988 billion, an increase of 34.38% over the previous year and net profit attributed to shareholders of listed companies was ¥2.558 billion. As of the first quarter 2019, the company's total assets was ¥43.165 billion. Independent third-party research data showed LONGi accounted for 40% of the industry's monocrystalline silicon wafer capacity, reinforcing its position as the largest monocrystalline module manufacturer in the world. According to BNEF, the financial health index, as measured by Alman-Z score, of LONGi ranks second in all global photovoltaic enterprises and first in China.
7.072GW Mono Cell and Module Shipment in 2018
In 2018, LONGi overseas shipments of monocrystalline silicon wafer was 3.483 billion pieces, an increase of 59% over the previous year. Annual shipment of solar cells and modules reached 7.072 GW, a 50% increase over the previous year. LONGi has actively promoted its brand internationally, made breakthroughs in business operations, and achieved rapid growth in shipments in the US, Europe, India, Latin America, Japan, Australia and Africa.
Looking ahead, LONGi will continue its focus on the global market and strive to achieve customer, service and management globalization to serve customers with high-efficiency advanced products. 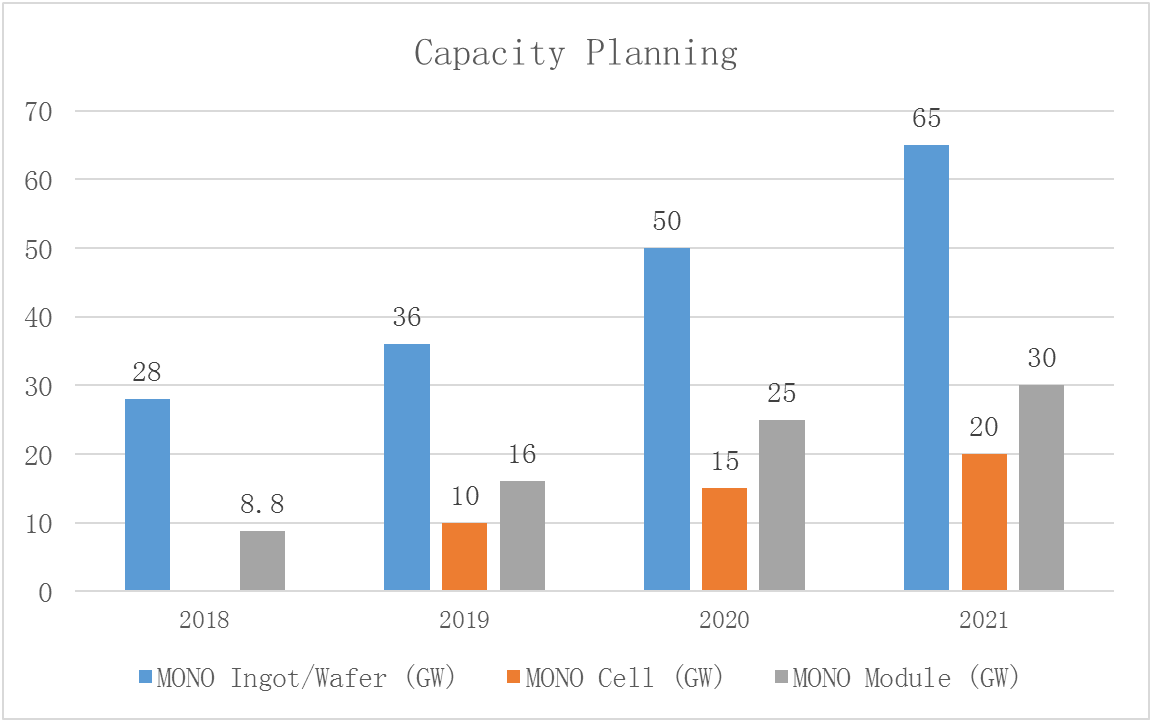 The report consistently showed that sustained R&D investment has provided strong support for the development of new technologies and products in LONGi. In 2018, LONGi has obtained 526 patents.
Source: LONGi
ENF Profiles For Companies Mentioned in This Article