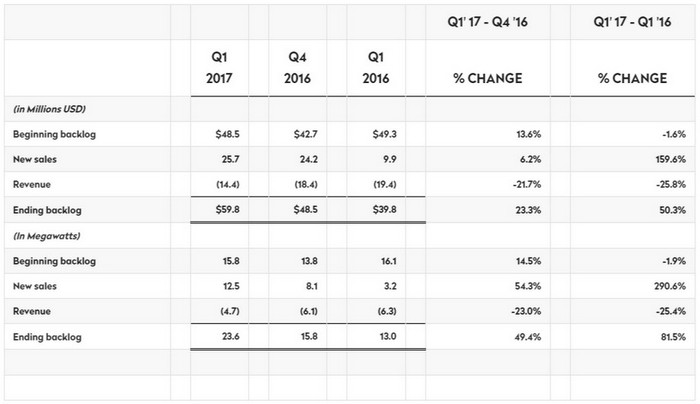 Adjusted EBITDA:
Adjusted EBITDA is a supplemental non-GAAP financial measure that the Company believes is an important measure of operating performance.
The preparation of financial statements in conformity with US GAAP requires management to make estimates and assumptions that affect the reported amounts of revenues and expenses during the reporting period.
The following is a non-GAAP measure of cash flow, or adjusted EBITDA, which adds back non-cash items including interest, taxes, stock based compensation and depreciation.

Source: SUNworks
ENF Profiles For Companies Mentioned in This Article