SunLink PV
Price:
From €0.230 / Wp
Note: Your Enquiry will be sent directly to SunLink PV.

One of the earliest manufacturers of solar panels in China.

Founded in 2004, Sunlink PV is one of the earliest manufacturer of solar modules in China dedicated to exploring, innovating, and realizing sustainable development and being a reliable supplier with a one-stop solution of green energy. 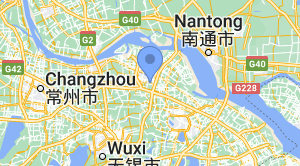 Note: Your Enquiry will be sent directly to SunLink PV.